The French/Michelin People and There Rogue CIA Buddies Thought a Rubber Tree Was 5 Times MORE Valuable than a Human Life.... A Brazillian/French relationship was Started in the Late 50's early 60's

Lot's of "agent orange" destroyed the rubber trees in Vietnam (and the people) and the market in Brazil started to solidify (?)

Evidently people at the Department of Defense ordered the excessive amount of "weed killer" I was told some of "those people" working in intelligence that had the "bright ideas" to defoliate the enemy  left the CIA in the 70's and some went to work at Michelin. 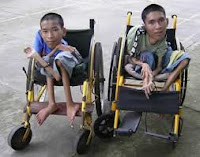 The people of Vietnam suffered from "bad intelligence"  Vietnamese peasants were in a state of starvation, babies were still born or had defects.
In America MANY suffered: The men exposed to agent orange became sick. 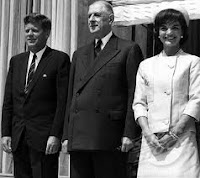 President John F. Kennedy Ruled the USA when the weed killer was ordered in Vietnam his wife liked the French:

Did YOU know that Carlos Ghosn's father was an airline executive  in Brazil and that the "excessive" weed killing in Vietnam helped the Brazilian economy & the French became "close" friends with Brazil.

Currently:
President Obama is using American tax dollars and Wall Street is supporting drilling for oil "offshore" in Brazil by Idan Ofer the "guy" who's financially promoting the electric car with Better Place & France.  Along with their friends at SEVERAL major companies. 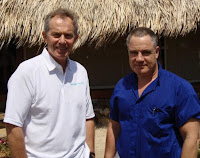 FYI I've been told Idan Ofer is a BRILLIANT business man with good instincts (or good intelligence): In 2001 he move his company Zim out of the World Trade Center "days" before the towers fell.

My hope is that Mr. Ofer and Better Place work with Republicans to come up with solutions promoting PEACE with the Middle East.

FYI -I believe in conspiracies BUT mainly I think the world's problems are because of :
Good Ole Boy networks.  I'm not alone people ALL over the WORLD are tired of Good Ole Boys profiteering from war.

The Good Ole Boys in Tennessee that were "Pro Haley Barbour and have feasted indirectly from DOD war profiteering & they "supported Newt Gingrich.

The CIA paid Michelin $600 for each rubber tree destroyed in Vietnam & paid $120 for each civilian killed.  The French got us into Vietnam why did we pay Michelin..... kick back?

There's a reason WHY French cars won't succeed in America...


The Good Ole Boy's "fear" Mitt Romney.    The people that have terrorized me for OVER 2 years will sleep with Terrorist to make a quick buck so I don't think it's the fact Romeny is Mormon is what scares them.  The fact is Mitt Romney is ETHICAL scares the Good Ole Boys..... Sorry Boy's America wants CHANGE.

Promoting & nurturing Democracy needs to continues and America MUST lead.  The era of letting decisions made "based" on personal greed needs to end.

When people talk about the Boogie Man....It's not Lee Atwater....
Brazil deals with Iran.

]"...France supports Brazil's ambition to become a global player on the international scene, and has been a strong supporter of the Brazilian bid for a permanent seat on the United Nations Security Council. Through significant technology transfers, France intends to help Brazil acquire key technologies of a major world power in the military, space, energy and technology sectors.."  Wiki

Brazil and France enjoy a close bilateral relationship based on values shared by the two countries: promotion of democratic principles and human rights, strengthening of international law and multilateralism, promotion of the development and respect of social justice, preservation of peace and security, commitment to non-proliferation of weapons of mass destruction and to disarmament, protection of the environment and cultural diversity.

France has recognized Brazil as its special partner in South America and as a global player in international affairs. The two countries are committed to strengthening their bilateral cooperation in the areas for which working groups have been created: nuclear energy, renewable energies, defence technologies, technological innovation, joint cooperation in African countries and space technologies, medicines and the environment.[1]

France and Brazil entered a formal strategic alliance in 2008.[2][3] France supports Brazil's ambition to become a global player on the international scene,[4] and has been a strong supporter of the Brazilian bid for a permanent seat on the United Nations Security Council.[1] Through significant technology transfers, France intends to help Brazil acquire key technologies of a major world power in the military, space, energy and technology sectors.[4]
Posted by Sharyn Bovat at 10:08 AM