James Comey Can Ya'll at the FBI Investigate Bob Dickey of Gannett or is That the Job of the Treasury Dept? Ya'll Might Want to Prep Jeremy Gaines?

Bob Dickey & Gracia Martore "this" is my blog post from yesterday and a LOTS of people read it.  Some think Gannett might have SEC violations.   Huh... I didm't know suppressing the news was against the law? ALL I ever wanted was RESPECT and WHY am I still fighting for it?

Thank You RightONLINE, AFP, Google & Al Gore for Giving Me the FREEDOM to Blog...  Yes!!! It's a Weird Alliance BUT it's REAL!!! 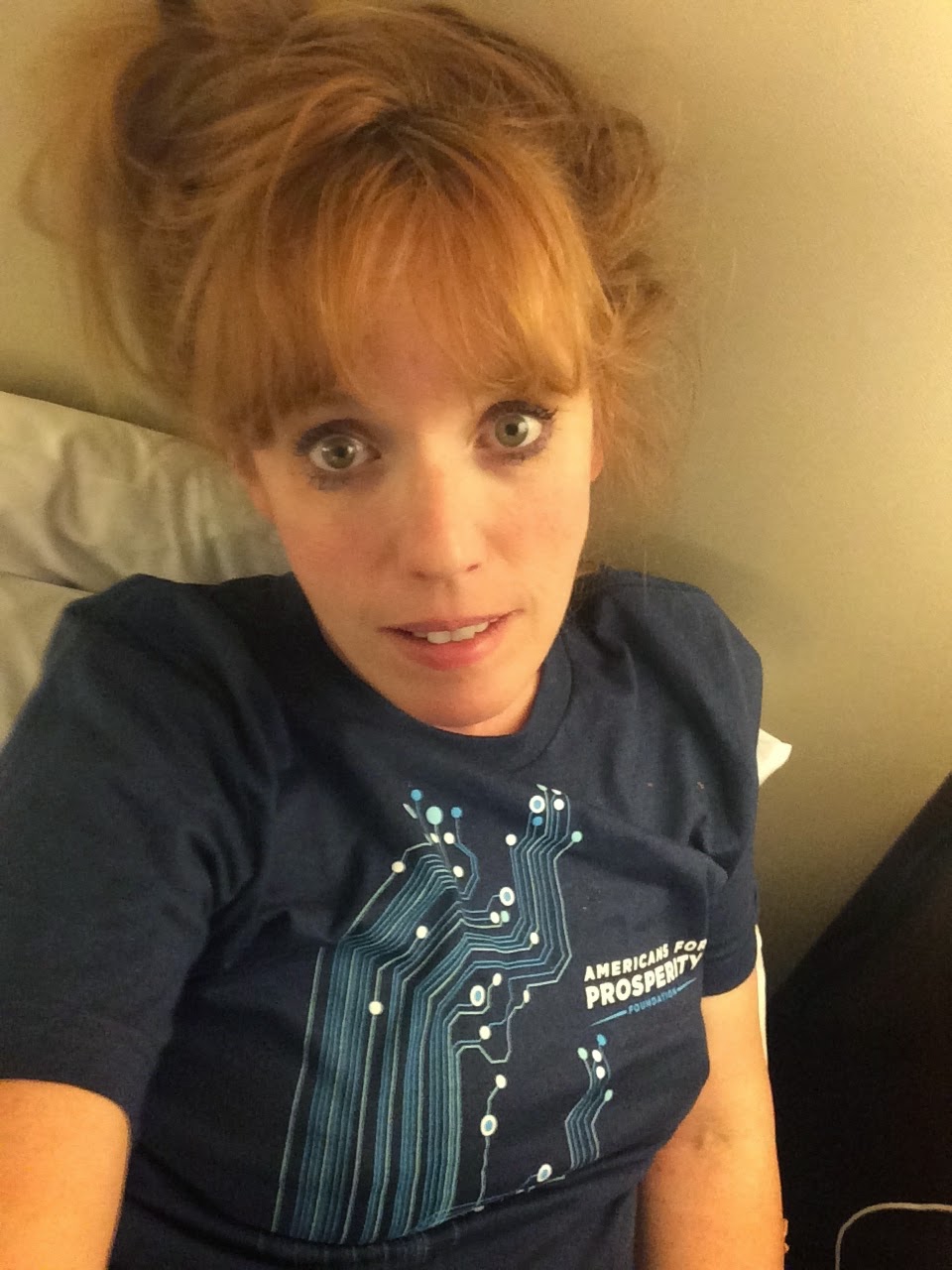 Enjoying breakfast at Marriott Marquis thank you to the people that are helping me expose issues that matter to "everyday" Americans. That includes AFP, Al Gore & Google.

I'm writing this post due to my experience at RightONLINE where I learned that a LOT of conservative activist from all over the country had a strong distrust and some "hate" toward Google, it was a bit shocking but I had empathy.  I then tried to communicate to right wing bloggers & media buyers that 'the Google' is safe & that Google employees are not sifting through their data (that's the NSA's job).
* I did have a Google 'issue' in 2012 one that i fully documented for political reasons in 2012 someone at Google took me OFF their search engine. * 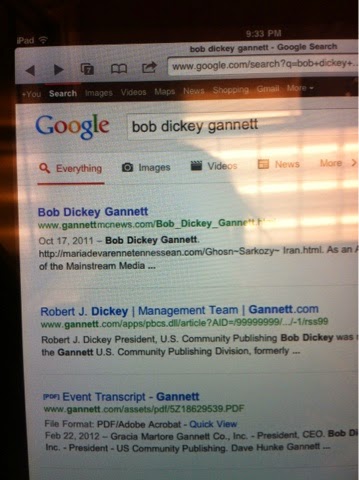 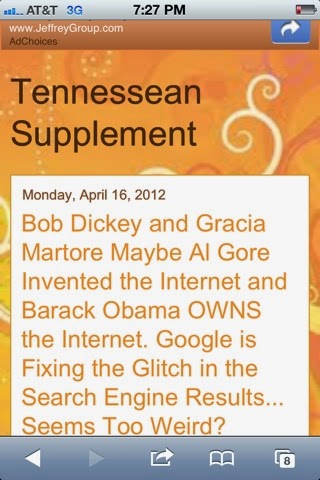 THE DAY THE GOOGLE DIED was one of the worst days of my life & a day I truly believed America was doomed, don't worry when people listen to what happened and how it was resolved it brings back hope (OK bad word for conservatives) it brings back trust to the Google & to the internet
April 16th 2012 is the day I started blogging about Google then created www.larrypageGOOGLE.blogspot.com 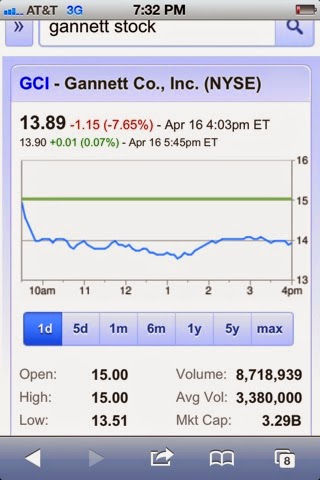 HERE's THE "FULLY DOCUMENTED" ISSUE:  I was taken off the Google search engine the same day Bob Dickey of Gannett was speaking at a conference call to Wall Street investors 2012- some of the investors had called me about NISSAN fraud that I had blogged that Gannett did NOT report on purpose. My blogs got a lot of views and  top Wall Street analysts who Googled Bob DIckey to prep for his first every Q & A with the financial analyst saw my website on Google and a guy from Blackrock called me cause they were investing in green tech so what Gannett was not reporting mattered to them.  The Wall street guy asked me questions & then the day of the Gannett/Wall Street conference call 'the day that MORE analyst would have  googled Bob Dickey & read my blog, and MORE people would have read my blog & more people could have learned about fraud that was real & fraud that was covered-up by a corrupt judicial system that arrested me and indicted me on trumped up charges. Arrest that were unconsitituional  & Gannett's Tennessee paper the Tennessean knew about my situation. They knew I lived with death threats, they knew this because I was the mistress of their editor Mark Silverman sorrysilverman.com He won the 2010 Ben Bradlee award & he was suppressing stories for Gannett.

Mark Silverman had vetted my blogs to be 85-90% accurate. Gannett's sourcing standard  for issues i uncovered & blogged about was 75%. 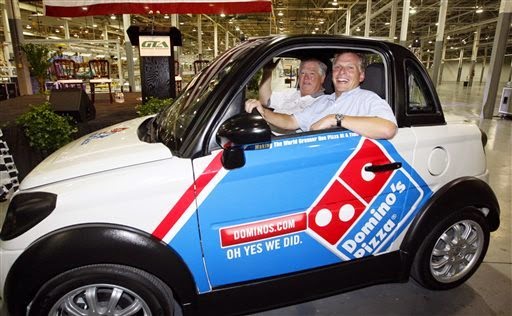 The Tennessean suppressed a major story about cronyism, fraud & abuse of power... the tragedy was Google on April 16th 2012 took away the opportunity I had to show the problem to Wall Street because that day Google "de-listed" in their search engine & they too suppressed me (I'm tearing up writing this). 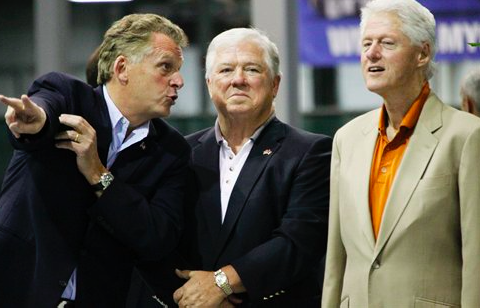 This is where my real life drama turns for the better.

After ALL that happened to me by mad NISSAN execs who had me jailed & bullied (worse they bullied my child) I then caught the Google  "red handed" in playing a role ( I was officially told it was a "lone wolf") My anger was justified and I blogged about it then  Al Gore's people reached out to me & they said they were mediating the problems- they told me Gore was PISSED and wanted the internet not to be politically biased.  I did not believe them UNTIL i got my Google page views... today I have over 4 million.

This is what's so bizarre & YES it's almost unbelievable: Just remember one thing.. had AL Gore won Tennessee he would've been President in 2001.  The people that have abused the 2010 stimulas are bi-partisan and the GOP (aligned with Haley Barbour) that used fancy lobbyist to take taxpayer money for green tech they knew would fail ... those lobbyist were linked to the political operatives that turned Tennessee "red"... Had Tom Ingram & those linked to Howard Baker NOT have used the power of the Good Ole Boy network in 2000 then Gore would've have been president... THAT is why Al Gore read my blogs & that is why a LOT of weird stuff happened to me. In Tennessee I was battling the Establishment GOP who were corrupt ... the same that Al Gore hated. I later learned that Al Gore was misled by NISSAN and he did not get accurate information about the EV battery technology.  He really does believe in green tech & he was mad so many in Tennessee abused the 2010 stimulus. I just wonder if he's accepting of a FREE MARKET solution to the Climate Change issue?  Something tells me he is. 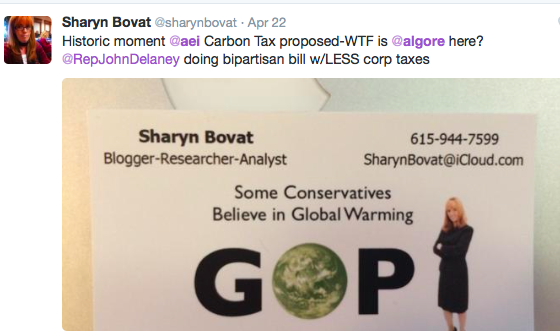 They ( the establishment GOP) bullied me and had me jailed... I was gonna be railroaded in the Tennessee courts in Tennessee judicial corruption is ramped & all judicial complaints in TN are judged by the "same" judges. What happened to me was totally unconstitutional  but tragically I learned that it's common in states controlled by those in the bi-partisan Good Ole Boy network. I was told 4 states in America jail people in the manner I was jailed. The other states are Mississippi, Arkansas, & Louisiana, i have official court papers that show after my defense subpoenas were quashed a new judge was assigned to preside over my trial (that judge is a friend of the former VP) I was told I'm alive today because of AL & to thank him I promised to get the GOP to believe in Global Warming.   .... ok i'm rambling:):)

So this is the outcome: Al Gore got "this" GOP activist back on the internet, not the one he created:):)   I was told that after what happened to me by Google the rules of engagement at that company changed & since then  Google gave me the opportunity to show real problems in America...

Today it looks like the Google in an alliance with people at AFP & both of them have given me the Freedom to be me:):)

I'm grateful to Al Gore, Google & The Koch Brothers (AFP) now "this" could be the oddest alliance in history & one that I'm so grateful exists.  Heck we got rid of Eric Cantor too:):)   I think David Brat should join my Google+ circle. 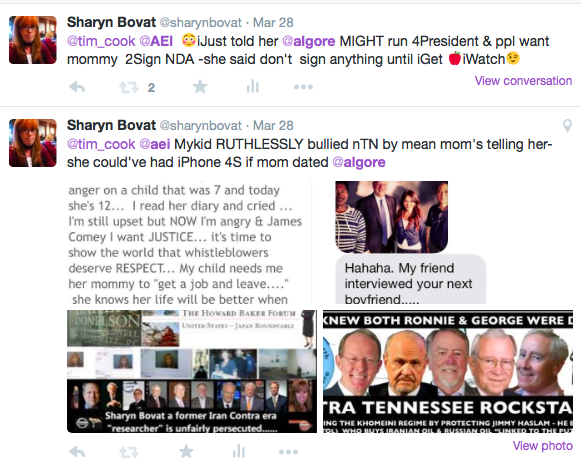