If Gannett Can NOT Break a Story Maybe the Gay Community Can,


I've been terrorized in Tennessee and to the people in the Good Ole Boy Network that were giving "freebies" to Gannett/Tennessean people and cushy advertising deals they wanted me ignored by the mainstream media so they could "rip off" America by building a car to fail that had outdated technology.

Still many in the community slandared me and tormented me because the "thought" I was gay.

So I'll be joining the gay community in search for family that will help me fight the intolerance that I have experienced in Tennessee.

I Was told by a Good Ole Boy I was Too Smart to be straight in Tennessee so I guess I'm a Red State Gay.  They think Hillary Clinton and Oprah are gay too.....  I think those ladies are bright and successful.  You should have seen Silverman's face when I told him that "if" my story does NOT break due to the cronyism of the mainstream media I was going to "come out to clean up corruption"... A girls gotta do what a girls gotta do.

My name is Sharyn Bovat 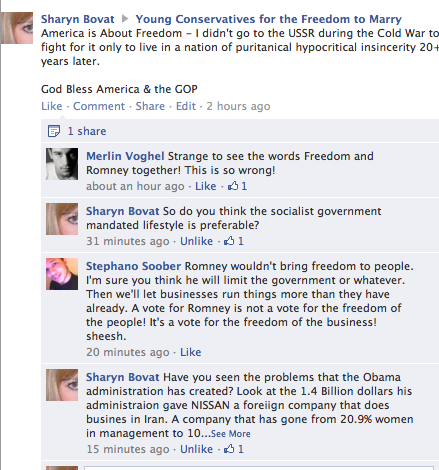 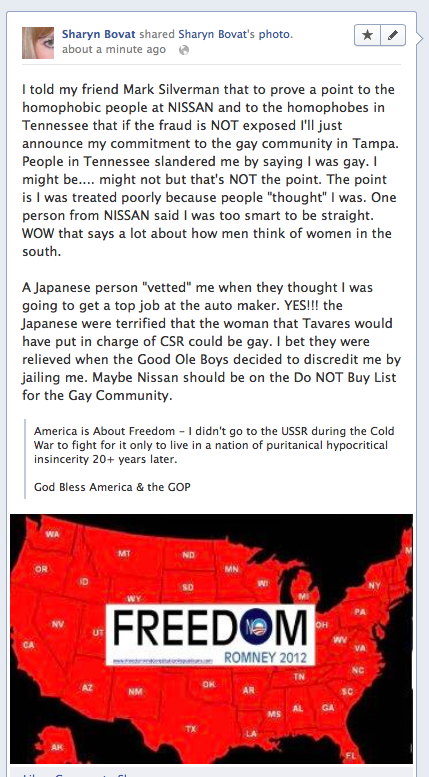