Bob Are ALL Your Balls in Your Golf Bag?

Special Mention:
AOL/Twitter/Blogger/Google/Yahoo/Facebook/Microsoft/Apple
Linkedin/Youtube/GoDaddy& ALL members of the the Silicon Valley Elite THANK YOU for you provided the Voice of Freedom

Update on the RNC Convention:  Got a Tweet Saying it could be a mistake with the press pass... RNC just email me.

This is the cool thing, a friend is getting me invited to some neat parties  thx :):)  My Aunt will be so excited that I get to meet Condoleezza Rice, she's her Facebook friend & told me that if it got worse she'd reach out to people in her network.  Glad it never got worse: although I can't image life worse than it is.

Now I "get" why Americans fight for FREEDOM and Democracy.....oppression is horrible.  Maybe people in Tennessee will someday feel free.You know if Trump was the Nominee he would have FIRED Tennessee:):) To the people reading THANK YOU....  Looks like were using Al Gores invention to bite some Crony Capitalist in the butt :) Being serious about the internet: The ONLY day I felt all alone in the Battle of 1st Amendment, Human Decency and Taxpayers Rights was the day that Bob Dickey at Gannett had me "turned off" of Google for the Analysts meeting.  That day was dark but by starting a blog to the President of Google Larry Page the internet in reference to me was "turned on" again.  I really did send in a request to the SEC to investigate.   Maybe it is?Google Executives Larry Page and Nikesh Arora were reached out too.... & SEC Investigation Requested http://larrypagegoogle.blogspot.com  http://nikesharoragoogle.blogspot.com 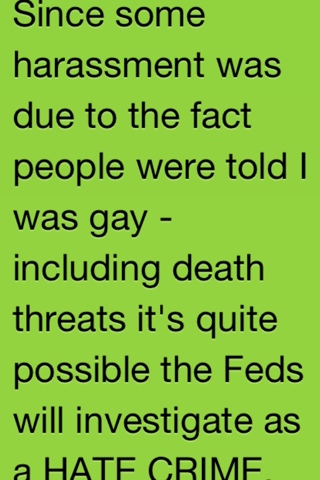 This week this is what I'm doing: 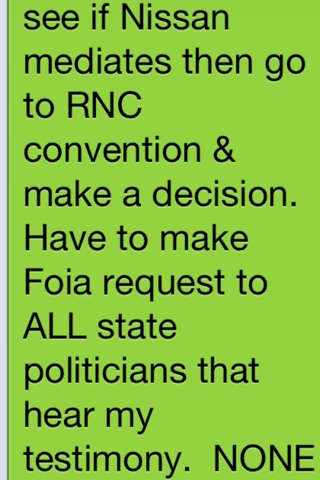 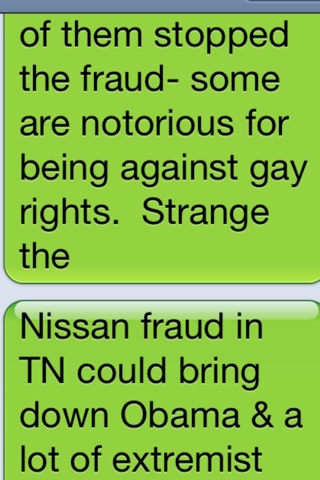 OK... The Battle is Still Going.....Break Over.  Someone PLEASE tell NISSAN to mediate. Hate crimes are criminal.NISSAN - It's time ALL people got respect.Sharynbelow is video made infront of the DOJ (message to the mainstream media) and then part of what I call "The Day the Google Died" from my www.GannettMcNews.com website

EDS a GOP Voice & I play golf & like "fancy" wine I "fit in." FYI- Hiring a guy from MSNBC does NOT Give Shareholders the comfort of GANNETT's committment to UNBIASED news. Message to Gracia Martore

"Gannett Executive told me it was a LONE WOLF that most likely did it....Evidently I make people that profit from President Obama's pet projects nervous.  I'm glad he's going to write my book since this whole thing is REAL and so VERY Bizarre......"  the sad part is the FRAUD that NISSAN is doing is real and NOBODY is writing about it at Gannett and the Tennessean is the dominant paper in Tennessee, basically they have a monopoly on the news.  Mark Silverman would not talk to me EVERYDAY if he was not "baby sitting" me.... we stopped having sex last fall.   Also... He had Salmon in Mississippi and he does not care about the carbon footprint that was created by his meal.

WHY is the liberal media pushing over priced green technology if they do NOT care about the planet?

The NISSAN Leaf they "love" is built with outdated technology. Nissan took the Leaf battery technology "off the shelf" from the 90's (the C.A.R.B. days)  just to get the FREE money from the DOE and the Treasury bank.   NISSAN used an taxpayer guarenteed IDB as the collateral.   I had a lawyer say a False Claims suit needs to be filed BUT if you win the bond gets exercised and then the taxpayers suffer EVEN more... www.NISSANWhistleblower.com

Bob Dickey when you travel to Tehran do they treat you like a king?

"New York taxpayer dollars should not benefit a corporation that partners with a regime that is the world's number one state sponsor of terror and has formed an alliance with al-Qaeda."letter to Nissan, UANI
Gannett has  NOT reported DOE Fraud & Their Advertisers are in bed with Terrorist..... www.NISSANWhistleblower.com There’s a reason WHY over 2 million hits & hundreds of thousands of page views on www.GirlintheBlackHonda.com  read:http://nissanwhistleblower.blogspot.com/201 2/04/jimmorton-former-nissan-vice-chairman.html